The Project
The YES project (headed by Mondo-Palcogiovani as project leader), intends to favour discussions and debates among European youth organisations through the strengtheninh and promotion of a network of actors which aims at favouring the development of projects among young people in the framework of EU opportunities.

The Context
The idea of this project developed following a thematic conference on youth policies and activities organised by the Municipality of Brescia in 2005, in the framework of the Civic Participation – Town Twinning (Conferences) 2000-2006 Programme. The conference was attended by representatives from 10 different European countries and it helped creating active links among the cities and organisations working with youth that participated to the conference. Those links have enabled the creation of an informal network where debates and ideas on youth policies have evolved into practical project ideas.

Aims
The objective of the project is to strengthen the YES network and launch new activities and exchanges among the participants with the aim of promoting the future “Youth in Action” Programme and planning of activities linked to the programme itself, but also with a local dimension. After the launching of the first activities, other organisations and countries will be welcomed to join the YES network. This wider network will aim at creating an active mechanism supporting youth policies through the planning of numerous transnational/European projects targeting young people and their needs and aiming at involving them directly.

Partners
The YES network is currently made up of six organisations (both public and non-profit) from six European countries (Italy, Slovenia, Poland, Germany, Spain and Portugal).

Duration and Funding
The YES Network project will last 8 months starting from February 2007 to September 2007. The project is financed with the support of the European Commission’s Youth Programme, Action 5.

Activities’ Calendar
During its eight months of implementation, the project will carry out the following activities:

From end of February
- LAUNCHING OF A WEBSITE
Some of the sections of the website, which will be managed directly by the partners, include:
o BEST PRACTICES concerning youth policies and their promotion but also projects and training programmes for youngsters
o YOUTH PROGRAMMES, including a listing and description of the most important funding opportunities (local, European and international) concerning youth policies promotion. Particular attention will be given to the “Youth in Action” programme and its main sectors of activity
o PROJECT BOARD, electronic window to gather project proposals from youth bodies and associations/organizations and where it will be possible to discuss and participate to the different project ideas


From end of March (and at the end of each month after that)
- PUBLICATION OF A NEWSLETTER, it will be a mothly electronic information tool to disseminate at the international level, youth inititives carried out in the involved territories. The Newsletter will include a multilingual section on shared themes (i.e. culture, environment etc.), written directly by the youngesters from the involved territories

September 2007 FINAL CONFERENCE in Brescia on 28-29 September 2007 to present the website, the future Youth in Action Programme, plan new activities at medium and long term on EU programmes between 2007 and 2008 and to make official the YES network. 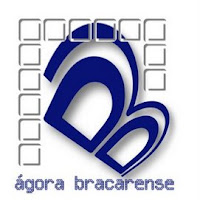